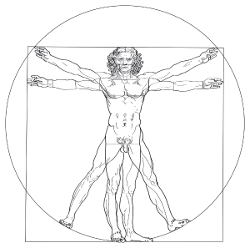 What works in sports medicine for many years has now been established in various medical fields: from the treatment of chronic pain, stress associated diseases and orthopedics, dentistry and gynecology to the complementary oncology and many more.

The pulsating electromagnetic fields of the VITA-LIFE system have been proved to support cell regeneration and have so a positiv impact on the entire organism.

Not only when it comes to the treatment of diseases, even in the active preventive health care the magnetic resonance stimulation is widely used.

An increasingly important demand to the medical science is to claim for perceiving human being as a unique whole and making contribution for a balanced and powerful life.

With the VITA-LIFE system you have available a tool that can support in many cases the healing process of patients.

Practice and experience reports of physicians, therapists and naturopaths

The independent “Informationsdienst Magnetfeldtherapie aktuell” published several times a year reports from physicians, therapists and naturopaths about the successes of magnetic field therapy and magnetic resonance stimulation.
We provide you with a selection of reports (in German languge): 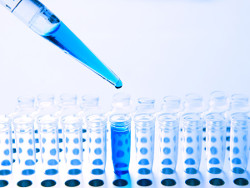 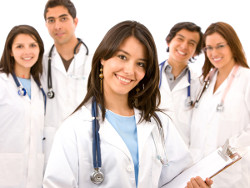 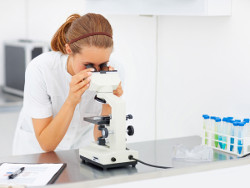 Here you will find a selection of experts and physicians who successfully apply magnetic resonance stimulation in the therapeutic field.

Dr. Martin Gschwender is an resident doctor in Munich, Germany. For more than 15 years he has been using magnetic resonance therapy in the treatment of various diseases in his daily work. With his extensive experience and high competence in general and complementary medicine he has been serving medical training with VITA-LIFE for many years – according to his credo: “… do not think in terms of problems, but solutions …”
Apart from his professional commitment he is an enthusiastic triathlete, mountain biker and skier.

Dr. Nanett Nyhuis is an idependent ENT specialist in Munich.

Besides her activity as an independent appraiser of varoius public providers she is also passionately engaged in the field of acoustics and with the life of the tinnitus sufferer. In regular talks and informative evenings, held in the lecture rooms of her practice, interested patients can learn about the recent developments in these areas.

Apart from her professional commitment Dr. Nyhuis has also the rewarding challenge of being a mother of two daughters.

Member of the medical team of the healthcare and prevention center “Gesund in Schönbrunn”.

Medical consultant and research study-coordinator (among others from 1996 to 2005 for the International Medical Society of Energy Medicine and the VITA-LIFE MED Consulting GmbH), conceptual design, coordination and implementation of various interdisciplinary projects concerning preventive medicine; lecturer at the Medical University of Vienna, academic course director of the “Master of Public Health-Vienna“

Since 2009 editor in chief of the magazine Sport- und Präventivmedizin

Research is the Future: he international research projects initiated and funded by VITA-LIFE have contributed significantly to the acceptance and further development of magnetic field therapy.

His professional interests are in chronic, severe diseases and in preventive medicine.

He has successfully applied the VITA-LIFE magnetic field with his patients since 2002 and is more than satisfied with the advantages of this therapy.

Dr. Seidl is a specialist in orthopedics in Lienz / Austria.

As part of my daily orthopaedic practice with a predominantly conservative treatment of a variety of musculosketal pain syndromes, I use the magnetic field therapy in addition and alongside the standard methods with very good results in autoimmune, degenerative and circulatory disordered symptoms.

There are now a large number of books and publications on the subject of magnetic field therapy and magnetic resonance stimulation.
A selection and recommendation can be found below.

Published in the Shaker publishing house:

“Science is the systematic classification of experience.” (Sinclair Lewis)

What has already been found out through practical experience and what has been felt by everyone applying magnet resonance stimulation / magnetic field therapy has also been proved in numerous scientific studies.

The applications are varied and the results are convincing: where conventional methods failed in pain therapy, the magnetic resonance stimulation / magnetic field therapy often created relief, accelerated healing after surgery and injuries, significantly improved the bone density of osteoporosis patients and much, much more. The possibilities of magnetic resonance stimulation are vast and the potential is still far from exhausted.

You will find many studys on PubMed. When you´re searching for the term “PEMF” (pulsed electromagnetic field) you will find for example more than 560 according studies.

To the search result of PEMF at PubMed

Important note
The magnetic-resonance-stimulation (MRS) uses pulsating electromagnetic fields (PEMF) with low energy and low intensity. To gain the biological effect the MRS uses especially linked frequency bands. Similar to the magnetic field therapy with it´s static or pulsed magnetic fields to treat illnes or dysfunctions, MRS is naturopathic treatment and it´s effectiveness isn´t recognized by academic medicine, completly. All information given here referring to expiriences and results of many applicatons during years and also to many scientific studies. Much of this studies are issued on PubMed. (Search for PEMF).

Your own system for the application of magnetic resonance stimulation in the therapeutic field?

Did you have to do without your own “magnetic field system” in your practice?

Just click HERE to find out more about the VITA-LIFE R-System!